The Whole Truth And Nothing But 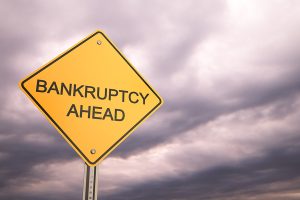 If you are struggling with debts that you can’t pay in the Chicago area, speak first with an experienced Chicago bankruptcy lawyer who can explain your legal rights and options. You must be entirely honest when filing for bankruptcy. You have to disclose everything. Otherwise, you could be accused of bankruptcy fraud, a quite serious criminal charge. Obviously, if you tell a lie to a mortgage lender or to another creditor to obtain a loan, it’s fraud, and when you declare bankruptcy, you cannot discharge a debt that you originally obtained through fraud. It must eventually be paid. But is an outright lie the only way that a creditor can be defrauded? It’s a question that the United States Supreme Court will decide – if fraud means only outright lying, or if other actions may also constitute fraud in the context of bankruptcy.

When Husky International Electronics sued a company called Chrysalis Manufacturing for the $164,000 it was owed, the owner of Chrysalis, Daniel Lee Ritz, had already transferred more than $1 million of Chrysalis’s funds to other businesses he controlled. When Husky sued Ritz personally for the Chrysalis debt, he filed for chapter 7 bankruptcy. Ritz never directly deceived Husky, and the Supreme Court will determine if putting funds beyond Husky’s reach constituted fraud. If it did, Ritz will have to pay what he owes Husky. If the nation’s highest court says that no fraud was committed, Ritz can discharge the debt as part of a Chapter 7 bankruptcy.

By Jessica Holguin | Posted on December 16, 2015
« Defend Your Home From Foreclosure
Still Far From Over »