Does Bankruptcy Solve My Tax Problem? 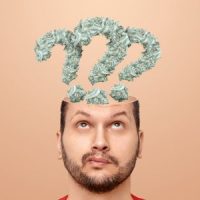 The Illinois Department of Revenue has very broad wage garnishment powers. With as little as ten days’ notice, the IDR can order your employer to deduct up to 15 percent of your paycheck to pay past-due state taxes. Most families barely make ends meet. A 15 percent pay cut is often a devastating financial blow.

Discharge in a Chapter 7

Repayment in a Chapter 13

These strict rules don’t apply in Chapter 13 repayment plan bankruptcies. Depending on their income and a few other factors, debtors have up to five years to pay back past-due taxes and other past-due obligations. The Automatic Stay usually remains in force during the repayment period, so the IDR cannot touch taxpayers.

If taxpayers dispute the amount owed in a Chapter 13, or in a Chapter 7 for that matter, the judge usually refers the matter to mediation. There’s a good chance the taxpayer will obtain at least partial UPB (unpaid principal balance) forgiveness. During mediation, both parties have a duty to negotiate in good faith. They must compromise, if that’s what it takes to strike a deal.

By Bentz Holguin Law Firm, LLC | Posted on November 14, 2022
« Is It Better To File A Chapter 7 Or A Chapter 13?
Reducing Debt Without Filing Bankruptcy »