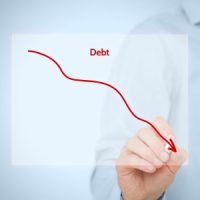 Irrational fear of filing bankruptcy, or bankruptcy-phobia, is every bit as real as agoraphobia, claustrophobia, and any other -phobia. Sometimes, the best approach in these situations is to learn more about the fear, face the fear and overcome it. That’s usually the case with bankruptcy-phobia. However, in some cases, it’s better to simply avoid large places, small paces, or filing bankruptcy. If you have debts you cannot pay, that may be an option.

Should I File Bankruptcy?

As mentioned, if you have an irrational fear of filing bankruptcy, it’s often a good thing to learn more about it.

Many people believe that filing a personal bankruptcy is like filing a Monopoly bankruptcy. Bankrupt Monopoly players don’t have to pay their debts. But the price is steep. They forfeit all their assets and exit the game without any hope of returning.

Now imagine that if you are the racecar (our preferred Monopoly piece) and you declared bankruptcy, you kept all your plastic houses and hotels, and you got to rest on the “Just Visiting” jail space for three or five turns. At that point, if you had enough money to pay your debts, you go back in the game.

That’s more like a real life bankruptcy. The protected repayment period in a Chapter 13 lasts either three or five years. In the meantime, debtors are immune from creditor adverse actions, like foreclosure, and they keep most or all of their assets.

Other people think that, after the 2005 law change, they don’t qualify for bankruptcy. In most cases, that’s not correct either. Now, there’s a $2.4 million debt ceiling in a Chapter 13. Most people don’t owe anywhere near that much money. To file a Chapter 7, the debtor’s income must be less than the statewide average for that family size. Truthfully, if your income is substantially above average, you probably don’t need to file Chapter 7.

Through negotiation, attorneys are often able to reduce interest rates or obtain other more favorable repayment terms. Sometimes, these negotiations bear even more fruit, like partial UPB (unpaid principal balance) forgiveness. Creditors are usually motivated to make favorable deals. They don’t want customers to default on their debts. They want customers to pay their bills. If that means some compromise, they’re usually willing to budge.

This approach also avoids some of the unpleasant consequences of bankruptcy. For the most part, these adverse effects are overblown, mostly by banks and creditors. However, there’s no denying that some adverse effects exist. Any lawyer who says otherwise is simply telling you what you want to hear.

No matter what kind of financial problem you are having, bankruptcy could be a way out. For a free consultation with an experienced bankruptcy attorney in Chicago, contact the Bentz Holguin Law Firm, LLC. We routinely handle matters throughout Chicagoland and beyond.

By Bentz Holguin Law Firm, LLC | Posted on November 21, 2022
« Does Bankruptcy Solve My Tax Problem?
What Happens When People Over 60 File Bankruptcy? »