What Causes People To File For Bankruptcy? 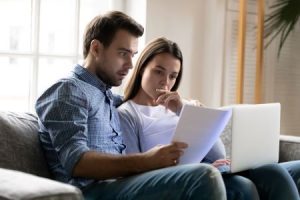 Overall, the bankruptcy filing rate has declined significantly since 2005. However, Illinois has bucked that trend. The Land of Lincoln has one of the highest bankruptcy filing rates in the country. Illinois’ unemployment rate, which is one of the highest ones in the nation, probably has much to do with the number of filings. The state’s average credit rating is pretty low too, which means many people have little access to financial resources in emergencies.

People file for bankruptcy because of different reasons. However, pretty much all these reasons have a common thread, which is that the circumstances that led to bankruptcy were completely beyond the debtor’s control. These bankruptcies have something else in common. A Chicago bankruptcy lawyer helps debtors throughout the process. This help includes representation during court hearings. No DIY bankruptcy or bankruptcy petition preparer can offer such services.

High medical bills are, by far, the leading cause of bankruptcy filings in Illinois. The average injury-related medical bill, after a fall, car crash, or other common incident, usually exceeds $50,000. Chronic illness treatments, like cancer treatments, could be more than $10,000 a month. Even if a debtor has health insurance, these costs are often financially crippling, especially for families who were barely making ends meet to begin with.

Bankruptcy includes an Automatic Stay which stops creditor lawsuits and other forms of collection and harassment. So, debtors can repay these huge medical bills on their own terms. In most cases, these bills are also dischargeable.

As mentioned, Illinois has an unusually high unemployment rate. Also as mentioned, most families in Chicagoland live from hand to mouth. Therefore, even a brief income interruption is often financially devastating. Frequently, income disruptions have a cascading effect. These families often use credit cards to pay monthly bills. The average card has a 20 percent interest rate. So, this approach obviously won’t work for more than a few weeks.

If the unemployment was injury-related, bankruptcy protects most workers’ compensation, Social Security disability, and other government benefits. Similarly, personal injury settlements are usually exempt as well.

Usually, people file divorce to get an emotional fresh start. A Chicago bankruptcy lawyer helps these individuals get a financial fresh start as well. 390

A business downturn, which is completely beyond the debtor’s control, could directly or indirectly cause a bankruptcy filing.

Business downturns often cause side hustles to dry up almost overnight. Although these gigs may only generate a few hundred dollars a month, many families depend on this income to stay above water. Indirectly, business downturns usually lead to employer downsizing.

If people in protected classes, such as workers over 40, nonwhite individuals, and non-male individuals, lose their jobs, they may be able to sue under the Civil Rights Act. But bankruptcy offers similar relief and petitioners don’t have to “prove” anything.

We mentioned that the causes of bankruptcy filings are mostly beyond a debtor’s control. Excessive spending, which debtors can usually control, is often a contributing factor, or even a primary factor, in bankruptcy filings.

Bankruptcy is a pretty hard way to learn financial discipline. But this federal debt relief system, especially Chapter 13 bankruptcy, forces people to be financially disciplined. That discipline helps them, not only in terms of finances, but in other areas of life as well.

Reach Out to a Thorough Cook County Lawyer

No matter what kind of financial problem you are having, bankruptcy could be a way out. For a free consultation with an experienced bankruptcy attorney in Chicago, contact the Bentz Holguin Law Firm, LLC. Virtual, home, and after-hours visits are available.