A Chapter 13 Timeline In Illinois 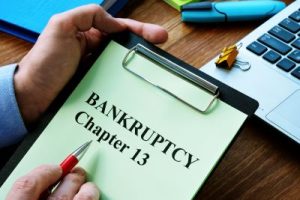 Most people file Chapter 13 bankruptcy to stop foreclosure. The mortgage delinquency rate has dropped since the 2008 crisis, but it’s on the way back up. One or two past-due mortgage payments usually trap homeowners in a downward spiral. After the bank sends an acceleration notice, which it usually sends quickly, it stops accepting partial payments. So, each month, the family gets deeper and deeper into the hole.

Cook County civil judges technically have the power to grant restraining orders and stop foreclosures. However, they usually only grant these orders if there’s clear and overwhelming proof of mortgage fraud. In contrast, a Chicago bankruptcy lawyer can file a voluntary petition and, in most cases, stop foreclosure proceedings, even if there’s no evidence of lender misconduct. This benefit of bankruptcy, along with others, clearly outweighs the short-term cost involved.

Debt ceilings apply in Chapter 13 matters. These debtors must have less than $400,000 in unsecured debts, such as credit card bills, and $1.3 million in secured debts, such as mortgage obligations. If your debt is substantially above this level and you need financial relief, an attorney can usually offer other alternatives, such as Chapter 7 bankruptcy.

Informally, the trustee (person who oversees the bankruptcy for the judge) normally insists that the debtor has the financial means to make a monthly debt consolidation payment. As a rule of thumb, this payment is between the size of a car and a mortgage payment. Unless Schedule I shows that the debtor has that much excess income, the trustee may question the debtor’s ability to successfully complete the repayment plan.

Debtors usually control the size of the debt consolidation plan. As long as the plan meets minimum legal requirements, such as eliminating all secured debt delinquency by the time the judge closes the case, the trustee usually approves it.

The middle of a bankruptcy usually includes issues with the Automatic Stay and the amount of debt repayment.

As mentioned, the Automatic Stay is automatic, at least in most cases. Some creditors claim the debtor has threatened the collateral (e.g. I’m going to burn my house down) and thus try to bypass the Stay. These attempts almost always fail. The Stay also applies to most other creditor adverse actions, such as repossession, utility shutoff, and wage garnishment.

Most Chapter 13 bankruptcies last three or five years, mostly depending on the debtor’s income. Early exits and extensions are available.

If the debtor paid off all secured debt delinquency early, the judge usually ends the bankruptcy early. That’s assuming the debtor offers a reasonable explanation as to where the extra money came from.

An extension usually involves a Chapter 20 bankruptcy, an informal tactic that most jurisdictions allow. If the debtor needs more time, s/he can usually file a Chapter 7 bankruptcy. The court won’t discharge debts, but the Automatic Stay will still fully apply in most cases. And, that’s the only protection these debtors usually want.

Reach Out to a Thorough Cook County Lawyer

No matter what kind of financial problem you are having, bankruptcy could be a way out. For a free consultation with an experienced bankruptcy attorney in Chicago, contact the Bentz Holguin Law Firm, LLC. We routinely handle matters throughout the Prairie State.

By Jessica Holguin | Posted on September 26, 2022
« What Causes People To File For Bankruptcy?
Does Bankruptcy Protect Social Security Benefits? »