Close Menu
Chicago Bankruptcy Lawyer > Blog > Debt > What Are Some Dischargeable Debts in an Illinois Bankruptcy?

What Are Some Dischargeable Debts in an Illinois Bankruptcy? 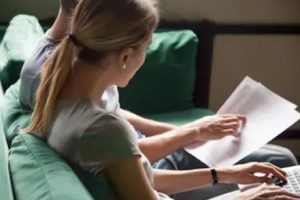 The average consumer has a debt load exceeding $125,000. Much of that debt is unsecured debt, such as credit cards and medical bills. As a rule of thumb, if a family’s debt-to-income ratio is lower than 45 percent, it’s possible to timely retire any debt. If the DTI is higher than that, payoff is realistically impossible.

In bankruptcy, “discharge” means the judge terminates the person’s legal obligation to repay the debt. The debt itself remains, as do the collateral consequences. More on that below.

An Illinois debt relief lawyer can give families several debt discharge options, depending on their needs. Chapter 7 discharges most unsecured debts in less than a year. Chapter 13 gives families up to five years to bring past-due accounts permanent. A combination of these two bankruptcies, informally known as a Chapter 20, might be available as well.

Despite the passage of the Affordable Care Act (“Obamacare”), medical bills are still the leading cause of consumer bankruptcies in Illinois. These accounts are unsecured. Patients simply promise to pay. So, almost all medical bills are dischargeable in bankruptcy.

This federal debt relief program does more than discharge debts. It gives debtors control over their finances. Many people want to continue a relationship with a doctor. If that’s the case, the account probably needs to be paid. Bankruptcy or not, if the patient fails to pay a bill, the doctor will probably cut off services.

Many people either moonlight or freelance full time. Especially as these gigs or side gigs are getting started, it’s easy to fall behind on estimated income tax payments. This debt quickly becomes overwhelming.

Only some people qualify for offers in compromise and other IRS-sponsored repayment programs. But almost everyone qualifies for bankruptcy relief. Generally, if the returns have been on file at least two years and the debt is at least three years old, the income tax is dischargeable.

If the IRS filed a tax lien, the taxpayer must resolve the lien in a separate proceeding, even if the judge discharges the debt. A lien is one of the collateral debt consequences which does not automatically go away.

Recently, the Supreme Court ended some of the consumer protections in the Fair Debt Collection Practices Act. Because of these FDCPA changes, many debt collectors are more aggressive than ever.

Bankruptcy does more than discharge credit card debt at the end of the case. As soon as debtors file their voluntary petitions, the Automatic Stay usually kicks in. Section 362 of the Bankruptcy Code prohibits all creditor adverse action, including threatening letters and phone calls.

Additionally, credit card debt typically has few collateral consequences. It’s almost impossible to file a lien on consumer debt. And, if the credit card company or debt collector filed a lawsuit, the Automatic Stay stops these proceedings in their tracks.

By Jessica Holguin | Posted on June 1, 2020
« Should I File Chapter 7 or Chapter 13 To Protect My Assets?
Does Bankruptcy Take Care of Student Loans? »