Bankruptcy and Past Due Taxes 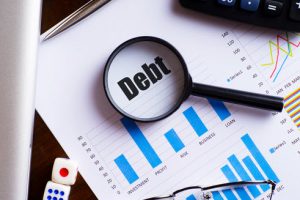 The IRS audit rate has declined significantly in recent years. But do not let that fact lull you into a false sense of security. The IRS is still the world’s largest collection agency, and it has legal tools which other debt-buyers dream about. So, if you owe back taxes, the government will come after you and it will collect that money. It just might take longer.

Also in recent years, the IRS has introduced some new repayment programs and introduced some new ones. However, most people do not qualify for programs like the offer-in-compromise, even under the expanded guidelines. And, payment plans extend time to pay, but in the meantime, penalties and interest keep piling up.

Bankruptcy is different. Almost everyone qualifies for these government-sponsored debt relief programs. And, bankruptcy does not just give people more time to pay while the IRS keeps charging interest. In many cases, bankruptcy either discharges tax debt or at least suspends penalty and interest accumulation.

Discharging Tax Debt in a Chapter 7

Income tax debt is unsecured debt. So, like most other kinds of unsecured debt, like credit cards and medical bills, it is dischargeable in bankruptcy.

Generally, government-affiliated debt works differently than private debt. FSOs (family support obligations), like alimony and child support, are usually not dischargeable, even though they are unsecured debts. And, student loan debt is only dischargeable in certain circumstances.

There are also very strict rules for tax debt discharge. However, the rules are very objective. To determine if the debt is dischargeable, an attorney basically only needs a calendar. The rules are:

Bankruptcy eliminates the legal obligation to repay the debt, but it does not address the collateral consequences of debt. So, if the IRS filed a tax lien, that lien must be addressed in a separate proceeding, even if the bankruptcy judge discharges the underlying debt.

Retiring Tax Debt in a Chapter 13

In most cases, bankruptcy’s Automatic Stay does more than stop IRS wage garnishment and other harsh collection efforts. Section 362 of the Bankruptcy Code might also suspend penalties and interest during the protected repayment period. That grace period could save the debtor thousands of dollars.

Chapter 13’s protected repayment period lasts up to five years. As long as the debtor pays off the tax debt within that period, the IRS must normally accept the repayment plan. In other words, the tables are turned. Outside bankruptcy, the IRS calls the shots. But Chapter 13 bankruptcy gives families control over their finances.

Bankruptcy usually eliminates tax debt or at least makes it easier to retire. For a free consultation with an experienced Chicago debt lawyer, contact the Bentz Holguin Law Firm, LLC. We routinely handle matters in Illinois and Indiana.

By Jessica Holguin | Posted on April 20, 2020
« Bouncing Back from an Illinois Bankruptcy
These Five Situations Cause Most Bankruptcy Filings. Which One Hits Closest to Home for You? »