Maximizing Exemptions In An Indiana Bankruptcy 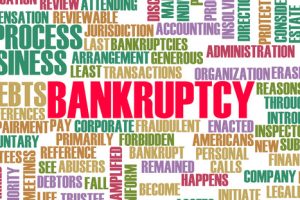 Many people believe that a consumer bankruptcy, like a  Chapter 7 or Chapter 13, is a lot like a bankruptcy in the Monopoly board game. No matter how well you drive your racecar during the game, just one bad decision or unlucky roll of the dice can force the player into bankruptcy. The player loses all assets and there is no way to get back in the game.

In some ways, a real-life bankruptcy is similar. Most people file voluntary petitions because of a poor decision, or most likely, because of simple bad luck.

But there are also some important differences. Most people spend many decades accumulating assets. So, bankruptcy law works to preserve them instead of taking them away. That’s especially true in Indiana. The Hoosier State has some of the most flexible bankruptcy exemptions in the country.

Joint debtors may exempt up to $28,600 in home equity. In a typical thirty-year loan, the borrower pays mostly interest for the first ten years. So, if you’ve lived in your house for a short time, you probably have almost no actual equity, even though you have paid tens of thousands of dollars.

Most insurance and government benefits are 100 percent exempt. For example, if your family counts on income from a life insurance policy, an Indiana creditor cannot touch this money if you file bankruptcy. However, outside of bankruptcy, that creditor might be able to go to court and get a lien or garnishment order.

Similarly, your IRA, 401(k), or other retirement nest egg is 100 percent exempt. It does not matter how much money you have set aside in the account. The United States Supreme Court reaffirmed this rule in 2014.

There is a long list of other exemptions, mostly with regard to personal property. Some highlights include:

If you have a business partner, the partner’s property is exempt under the Uniform Partnership Act.

The $10,250 wildcard exemption is one of the largest ones in the country. Debtors can apply it to any tangible property.

Proper valuation is an issue. Under the Bankruptcy Code, debtors must declare the as-is cash value, or the “garage sale value.” If you placed a valuable television set in a garage sale, it would only fetch a portion of its fair market value. Similarly, if you have a used car that needs some minor work, its actual value is nowhere near the fair market value. An attorney can show you how to maximize your wildcard exemption and protect more of your property.

The wildcard exemption in Indiana even applies to liquid assets, like cash in a checking account. That’s important, because the trustee (person who oversees the bankruptcy for the judge) commonly targets such assets in a motion for turnover.

Indiana’s bankruptcy exemptions protect most of the assets of most debtors. For a free consultation with an experienced bankruptcy attorney in Chicago, contact the Bentz Holguin Law Firm, LLC. We routinely handle cases in both Illinois and Indiana.