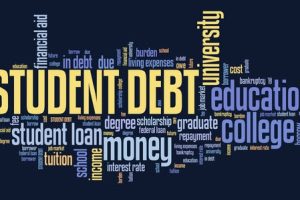 Largely because of the pension crisis and dwindling enrollment, Illinois college tuition has increased substantially over the past several years. As a result, the average student now graduates with almost $30,000 in student debt. Even more disturbingly, lower-income students borrow much more than higher-income students.

Due to the rising debt load, and the negative effect it arguably has on the economy, many courts have relaxed the standards when it comes to student loans and bankruptcy. But the same rule still applies in the Seventh Circuit, which includes Illinois and Indiana. So, should a debt relief attorney even try to have these obligations discharged, or is such an effort just a waste of time?

What is the Student Loan Discharge Rule in Illinois?

Student loans are unsecured debts. The debtor only makes a written promise to repay the loans. In fact, as far as the government is concerned, a student “loan” really is not a loan at all. It’s only a loan guarantee. In this respect, education loans are a lot like Small Business Administration loans. These obligations are clearly dischargeable under the Bankruptcy Code.

But education debt is different. When Congress redid the Bankruptcy Code in the 1970s, it included a provision that student loans could be discharged only upon a showing of “undue hardship.” Lawmakers intentionally did not define this phrase. Instead, they punted the matter to the courts.

In 1987, the Second Circuit in New York handed down Brunner v. New York State Higher Education Services Corp. The Brunner Rule quickly became the standard definition of “undue hardship” all across the country. Under Brunner, student loans are only dischargeable in bankruptcy if the debtor:

Many judges and lawyers immediately began criticizing the Brunner Rule for its harshness. For example, they pointed out, the test is mutually exclusive. It’s almost impossible to have a good payment history if you have a disability that prevents you from working or if the payments would drive your family below the poverty line.

Can I Get My Loans Discharged in Illinois?

In 2015, the Seventh Circuit decided Tetzlaff v. Educational Credit Management Corporation. Many hoped that the court would either throw out the Brunner Rule altogether, as some other circuits had done, or at least soften its stance. But the court did neither. Instead, in a rather brief opinion, the court seemed almost dismissive of Mr. Tetzlaff’s claim.

Many people are surprised that a large percentage of debtors receive at least a partial student loan discharge under the Brunner Rule. Courts are willing to trim the amount of money that distressed graduates must repay. They just need aggressive bankruptcy attorneys who will press the issue, in mediation or in court if necessary.

Even under the Brunner Rule, your student loans may be dischargeable. For a free consultation with an experienced bankruptcy attorney in Chicago, contact the Bentz Holguin Law Firm, LLC. Convenient payment plans are available.