IRS Fresh Start Program Vs. Bankruptcy: Which Is Better? 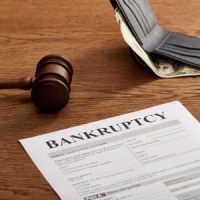 In 2011, just as the country was emerging from the Great Recession, the IRS rolled out the Fresh Start Program “to help struggling taxpayers.” Let’s stop right there. The IRS didn’t create this initiative to help taxpayers. The IRS began it to help the IRS. Year after year of staff cuts and budget cuts have made it almost impossible for the IRS to effectively pursue taxpayers who owe less than about $50,000. So, bureaucrats gave these people an incentive to voluntarily come forward and pay most of the money they owe.

Nevertheless, if taxpayers qualify and if they jump through all the right hoops in the right order, lifelines like the revised Offer in Compromise program and more taxpayer-friendly income and expense calculations could make a big difference.

The previous sentence contains lots of “ifs.” Plus, there’s only one option. Taxpayers qualify for this one program or they don’t. On the other hand, almost everyone qualifies for bankruptcy and multiple options are available. Additionally, the IRS Fresh Start Program vs. bankruptcy credit score impact is about the same. So, there’s no reason not to work with a Chicago bankruptcy lawyer and resolve your past-due tax debt.

Repayment in a Chapter 13

Most people don’t like paying taxes. Nevertheless, most people feel a moral obligation to pay their fair share. Chapter 13 repayment plan bankruptcies are very well-suited for such families.

At the outset of a Chapter 13, a Chicago bankruptcy attorney works with a debtor to place all allowed claims into a single pile. “Allowed claims” usually include past-due secured debt amounts and certain unsecured debts, like past-due taxes and past-due alimony, child support, or other FSOs (family support obligations).

The protected repayment period lasts up to five years. During this time, debtors make income-based monthly payments on allowed claims. Also during this time, the IRS and other creditors cannot harass debtors in any way, shape, or form. Typically, the anti-harassment provision also prohibits the IRS from charging monthly penalties and interest.

Discharge in a Chapter 7

Sometimes, past-due taxes and other debts are simply too high to repay. Frequently, debtors accumulated these debts when they had a lucrative side hustle or their incomes were larger for some reason. Then, usually through no fault of their own, that gushing income stream slowed to a trickle.

As mentioned, tax debt is an allowed claim. Such priority unsecured debts are only dischargeable in some situations. In this case, the discharge rules are:

Usually, if the IRS hasn’t sent a letter which includes the total amount due in the last eight months, accountants probably haven’t assessed the debt in the last 240 days.

“Discharge” means the judge eliminates the legal obligation to repay a debt. The collateral consequences of that debt, such as a pre-bankruptcy credit or property lien, remain. Attorneys must deal with these matters in separate proceedings.

By Bentz Holguin Law Firm, LLC | Posted on December 6, 2022
« What Happens When People Over 60 File Bankruptcy?
Recovering From Bankruptcy In Three Easy Steps »