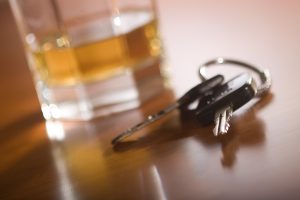 The 2014 survey conducted by the Alliance Against Intoxicated Motorists offers good news as well as bad news about DUI in Illinois. The survey, which has been conducted every year since 1990, is funded by a grant from the Illinois Department of Transportation. Clearly, according to the recently-released 2014 report, far too many Illinois drivers are still arrested, prosecuted, and convicted for driving under the influence. If you are charged with DUI anywhere in the greater Chicago area, fight the charge and take your case at once to an experienced Chicago DUI defense lawyer.

Alcohol-related traffic fatalities in Illinois peaked in the 1980s, and the 2014 survey shows that decline is continuing. Statewide, arrests for DUI in Illinois were down 37.8 percent in 2014 from 2013. DUI arrests were down in Chicago in 2014 by 2.2 percent from 2013. In some Illinois cities, however, DUI was up in 2014. In Berwyn, a Chicago suburb, DUI arrests in 2014 were up by 122 percent over 2013. While Chicago naturally was the city with the most DUI arrests, on a per-capita basis (that is, the number of arrests per 1000 people), Decatur had the highest DUI arrest rate in the state in 2014.

There’s no reason at all to drive under the influence in the Chicago area, so don’t. Ride services, limo services, taxi services, and bus services are abundant. Some operate 24 hours a day. But if you do make a mistake – or if you are innocent – and you get stopped for DUI, take it seriously. The state does. If you’re arrested for DUI in or near Chicago, politely exercise your right to remain silent, and insist on your right to have an lawyer present during any questioning. Don’t plead guilty. Don’t try to act as your own lawyer. Instead, after any DUI arrest in Illinois, obtain the legal help you really need to fight the charge and contact an experienced Chicago DUI defense lawyer as quickly as possible.

By Jessica Holguin | Posted on September 8, 2015
« Bankruptcy Pluses And Minuses
Some Misconceptions About Bankruptcy »