Does Bankruptcy Erase Back Taxes? 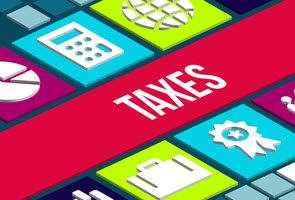 For regular wage earners, income taxes are typically not a problem. If there is an imbalance between taxes owed and taxes paid, it is usually pretty small. But freelancing is different. If a person falls behind on estimated tax payments, it is difficult to catch up. And, since most workers will be freelancers by 2027, this issue could come up more and more.

In many cases, bankruptcy erases income tax debt. However, the rules are very specific and, rather understandably, taxing authorities often fight debt discharge tooth and nail. So, it is important to be aware of your legal and financial rights in these cases. It’s also important to have an aggressive and experienced bankruptcy attorney. Rest assured that the IRS and DOR have lawyers fighting very hard for them.

How Bankruptcy Stops the Tax Collector

To say the least, the IRS is very aggressive in collecting past-due income taxes. Sometimes, people can stay under the radar for a little while. But eventually, collection efforts begin with a vengeance.

Section 362 of the Bankruptcy Code applies to all creditors, both public and private. So, as long as the bankruptcy is pending, the IRS cannot:

The Automatic Stay is only temporary. So, while the IRS may not take any action during the stay, it may do so immediately after the judge lifts the stay. Assume that the taxpayer falls behind on an installment agreement. The IRS may not take any action while the bankruptcy is pending. But as soon as the bankruptcy end, the IRS may enforce the agreement. So, it’s important to be current before that time.

Even if the underlying debt is not dischargeable, the automatic stay applies. That’s why bankruptcy does things like stop child support garnishment. The debt may be nondischargeable, but the garnishment is subject to Section 326.

In many cases, taxes are dischargeable in bankruptcy. So, this legal protection offers both short and long-term assistance in this area. The rules for discharge are:

Bankruptcy erases the debt, but not the collateral consequences of this debt. So, if the IRS has already filed a tax lien, the taxpayer must make other arrangements to dissolve that lien. These arrangements could mean a partial debt payment.

In many cases, bankruptcy erases tax debt. For a free consultation with an experienced bankruptcy attorney in Chicago, contact the Bentz Holguin Law Firm, LLC. After hours visits are available.