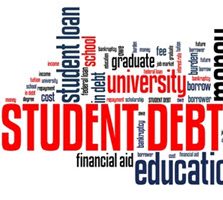 So far, the education debt crisis has triggered lots of talk and lots of editorials but almost no action. Yet recent evidence suggests that the crisis may be even worse that observers first believed. It appears that the Obama administration inflated repayment rates. Furthermore, a recent study details the long-term effects of massive education debt.

In a nutshell, this debt forces graduates to put off major purchases, like houses and cars. Furthermore, most students do not pay off their loans in ten years. More than half require more than twenty years.

Before Congress amended the Bankruptcy Code in the late 1970s, bankruptcy was the vehicle of choice to shed excess student loan debt. That’s still the case today, despite the Brunner rule, which is discussed below. Filing a Chapter 7 bankruptcy is a big decision. But it’s either that or live with the burden of twenty-plus years of debt repayments. Which would you rather do?

The aforementioned Brunner decision came in 1982. Ms. Brunner graduated with rather significant student debt, but made no effort to repay it or obtain a deferral. There’s an old lawyer saying that bad facts sometimes make bad law. This saying is certainly true in this case. After hearing these facts, a New York court handed down the harsh Brunner rule. Student debtors are entitled to discharge if all the following are present:

Many U.S. courts have either watered down the harsh Brunner rule or done away with it altogether. But unfortunately, the Seventh Circuit Court of Appeals, which includes Illinois and Indiana, has not done so. The Supreme Court may order lower courts to abandon the Brunner rule. But given the High Court’s current makeup, such a move appears unlikely.

Because of the Brunner rule, over 99 percent of student loan bankruptcy debtors do not even try to obtain a discharge. But my law school trial tactics professor said: “You don’t get anything unless you ask.” In terms of student loan discharge matters, the success rate is actually quite high. Roughly half of these adversarial motions result in at least a partial discharge.

There is basically a two step process. First, the debtor must qualify under the Brunner rule. That probably means that the person has a physical, mental, or other disability that impairs earning potential. A mild disability will do. The person does not have to be bedridden or on Social Security disability.

Second, your attorney must file an adversarial motion. Student loan discharge is not automatic. You have to ask for it. Most of these motions settle out of court, which explains the high number of partial discharges. Your attorney negotiates with the trustee during this process. These negotiations usually turn out well, because the trustee is usually more willing to work with debtors than the bank.

Despite the Brunner rule, your student loans may be dischargeable in a Chapter 7. For a free consultation with an experienced bankruptcy attorney in Chicago, contact the Bentz Holguin Law Firm, LLC. We routinely handle matters in Illinois and Indiana.