Do I Qualify For Chapter 7 Bankruptcy? 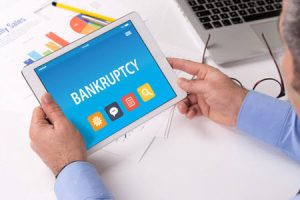 Circumstances beyond their control prompt most people to file bankruptcy. High, unexpected medical bills are the leading cause of bankruptcy filings in Illinois. Other uncontrollable events, like job loss, divorce, and economic downturn, aren’t far behind. Credit card companies and other large lenders push the myth that filing bankruptcy is financial failure. But, in most cases, that’s simply not true.

A Chicago bankruptcy lawyer can help distressed debtors file Chapter 7 and erase medical bills, credit card debts, and other unsecured obligations. Additionally, all forms of bankruptcy usually include the Automatic Stay. Section 362 of the Bankruptcy Code stops repossession, foreclosure, and most other kinds of adverse actions. Debtors get these benefits without losing their houses, retirement accounts, government benefits, and other core assets. As outlined below, most people qualify for Chapter 7, a procedure that eliminates unsecured debts in as little as six months.

The 2005 bankruptcy reform act introduced a number of new bankruptcy qualifications. For example, all bankruptcy debtors must complete a credit counseling course before they file and a budgeting class before their bankruptcies are discharged. The pre-filing course, which is available online, usually takes a few minutes and costs a few dollars. Bankruptcy trustees (people who manage bankruptcy cases for judges) usually offer free post-filing classes at seminars.

More significantly, the 2005 act also introduced the means test. Debtors may be unable to file Chapter 7 if their income is below the statewide average for that household size. As of May 15, 2022, that figure was $113,649 per year for a family of four in Illinois.

Truthfully, if your income is substantially above that level, you probably don’t need to file Chapter 7. A Chicago bankruptcy lawyer can show you other options, like non-bankruptcy debt negotiation and Chapter 13 bankruptcy.

If your income is marginally above that level and you have a pressing need to file, like a pending foreclosure, you may still qualify, based on your actual monthly income/expense balance. In some parts of Chicagoland, the cost of living is a lot higher than it is in some other parts.

The informal qualifications, which vary in different courts and aren’t written anywhere, also involve Schedules I and J, the income and expense schedules.

Technically, only the judge has the power to accept or reject bankruptcy applicants. However, the trustee, who closely examines each case, has the judge’s ear in this matter. Generally, Chapter 7 trustees rubber-stamp debtors whose monthly expenses are equal to, or slightly higher than, their monthly incomes. If the debtor has some money left over each month, many trustees challenge the need to file Chapter 7.

On a related note, an unusually high number of reaffirmation agreements are a red flag as well. Most debtors agree to voluntarily reaffirm certain obligations, particularly property leases, internet service provider agreements, cell phone agreements, and other executory contracts. Many debtors also hold onto a credit card. However, if the debtor reaffirms more than five or six debts, the trustee may ask unwanted questions.