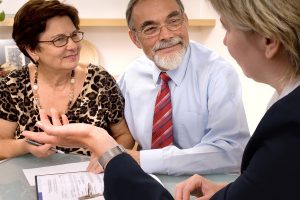 Although the economy has been improving and employment numbers are up, thousands of people in the Chicago area and across the state continue to struggle with massive personal debt. If your debts are bigger than your ability to pay them, discuss your situation as quickly as possible with an experienced Chicago bankruptcy lawyer. Back in the 1990s, when the number of personal bankruptcies skyrocketed, Congress responded by passing the Bankruptcy Abuse and Consumer Protection Act, a statute designed to reduce the numbers of those abusing the bankruptcy system. Has the law achieved its goal?

For those with no other realistic legal option, bankruptcy is a responsible way to obtain a financial “clean slate” and a fresh financial start. However, bankruptcy is not the best solution for everyone facing a debt crisis. An experienced bankruptcy lawyer can review your personal financial condition and suggest the course of action that’s best for you and your family in your unique situation. If you’re struggling with debt in the Chicago area, make the call right away and schedule a personal consultation with an experienced Chicago bankruptcy lawyer.

By Jessica Holguin | Posted on December 7, 2015
« The Protection Bankruptcy Offers
Mesothelioma, Your Rights, And The Law »