Your Business Can Emerge From Bankruptcy as a Publicly Traded Company, Just Ask Twinkies Maker Hostess 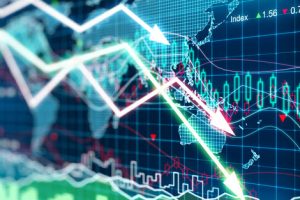 In 1930, in a suburban Chicago bakery, the Twinkie was invented. Since then, Twinkies and other hostess snacks have truly become a part of Americana. Hostess Brand owns both Twinkie and Ding Dongs and operated as a financially successful company for many years. However, over the decades Hostess has found itself in a bit of financial trouble. According to the Los Angeles Times, Hostess filed for Chapter 11 bankruptcy in 2012 and subsequently asked a bankruptcy judge for permission to go out of business. When the public heard that Twinkies and Ding Dongs were at risk of becoming relics of the past there was a run on Hostess products. Luckily for Hostess snack enthusiasts, the company eventually ended up being purchased and has had several different owners since filing for bankruptcy in 2012. Now, four years later, Hostess plans to go public again.

Does a Company Have to go out of Business After Filing for Bankruptcy?

What Happens to a Publicly Traded Company’s Stock After Bankruptcy?

If a publicly traded company files for Chapter 7 bankruptcy, in most cases, the company’s stock will be completely worthless at the end of the process. However, after filing for Chapter 11 bankruptcy a company’s securities can continue to be traded. Keep in mind though that most companies in this position are unable to meet the standards required to continue trading on the Nasdaq or New York Stock Exchange.

If you have a business in Illinois and are interested in filing for bankruptcy, contact the experienced Chicago bankruptcy lawyers at the Bentz Holguin Law Firm, LLC at 312-647-2116. We would be happy to sit down with you during a free consultation to discuss your legal options and help determine which type of bankruptcy would be best for you and your business.