What Happens To My Security Clearance If I File Bankruptcy? 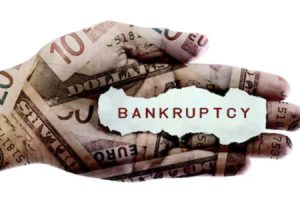 Strictly speaking, nothing happens to your security clearance when you file bankruptcy. It’s illegal to discriminate against people who file bankruptcy. The Prairie State has one of the country’s strongest anti-discrimination laws in this area. However, that filing can, and usually does, trigger the notice and hearing provision in most security clearance agreements. If a hearing officer finds that the person’s financial problems create a security risk, adverse action, including clearance revocation, could result.

However, that’s a very big “if,” particularly if the clearance-holder filed Chapter 13 bankruptcy. For this reason, if security clearance preservation is a top priority, many Chicago Chapter 13 bankruptcy lawyers steer these individuals away from Chapter 7 liquidation bankruptcies. Chapter 13, which is also known as the wage-earner plan, allows petitioners to repay their debts over time while they are under the protection of a federal bankruptcy judge.

Frequently, desperate times call for desperate measures. Understandably, the DoD is concerned that people with severe financial problems might sell secrets to raise money. Such instances are rare. But they have happened before and they will happen again.

However, the specific concerns listed in Guideline F of DoD Directive 5220.06, the relevant document in this area, have little to do with bankruptcy.

A Chicago bankruptcy lawyer can urge these points during a hearing to determine adverse action against a security clearance. By law, the issuing entity or agency must hold such a hearing.

Other possible mitigating circumstances include “clear indications that the problem is being resolved or is under control” and the individual made “a good-faith effort to repay overdue creditors or otherwise resolve debts.” Once again, bankruptcy covers both these things.

Filing bankruptcy may be the best way to keep your security clearance if you have financial problems. For a free consultation with an experienced bankruptcy attorney in Chicago, contact the Bentz Holguin Law Firm, LLC. Virtual, home, and after-hours visits are available.

By Jessica Holguin | Posted on December 6, 2021
« Should I File Chapter 7 Or Chapter 13?
How Does Filing Bankruptcy Protect My Car? »