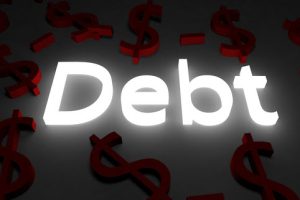 The Prairie State ranked 44th overall in a recent economic survey. Should Illinois lawmakers consider bankruptcy as a way to obtain a fresh start?

Illinois’ rank was even lower (48th) in terms of outmigration, or the number of people leaving the state versus the number of people moving into the state. There are various reasons for the economic decline, with some pointing to the $130 billion pension fund shortfall or the ongoing stalemate between the Republican governor and Democrat-controlled legislature. Others say that since Illinois is now surrounded by right-to-work states, businesses are leaving to environs which they consider to be more business-friendly.

“Both Chicago and the state itself should already be in federal bankruptcy proceedings,” remarked venture capitalist Mark Glennon.

Government units nearly always file Chapter 9 bankruptcy, which is basically like Chapter 11 business reorganization. The major difference is that, because of the Constitution’s Tenth Amendment and certain measures that Congress enacted to assist Puerto Rico overcome its debt problems, creditors cannot force bankrupt municipalities to liquidate their assets.

Technically, individuals can file Chapter 11 as well, but since it is expensive and complicated, Chapter 11 is not very well suited for most families. Chapter 13 is a much better option, especially for those households struggling with past-due secured debt, like home mortgage payments, on property that they want to retain.

When debtors file their voluntary petitions, an automatic stay goes into effect, in most cases. As long as the case is active, no creditor can take adverse action against the debtor, such as repossession or wage garnishment. This is true even if the underlying debt is not dischargeable, a concept that is discussed below.

Furthermore, in conjunction with their attorneys and the bankruptcy trustees, Chapter 13 debtors formulate repayment plans that can last up to five years. During this period, they make one monthly debt consolidation payment that is proportionally divided among all secured creditors, to expedite the repayment process. At the end of the protected repayment period, the debtors are caught up on all their secured debts. Best of all, moneylenders can only challenge the debt repayment plans in limited circumstances, so for the most part, they must accept the lender’s repayment terms.

If unsecured debts are an issue, such as medical bills, payday loans, unpaid taxes, and credit cards, Chapter 7 is usually a better idea. Although many people refer to this procedure as “liquidation,” that label is not really accurate, because most people keep most or all of their assets in Chapter 7.

In a Chapter 13, the trustee (person who oversees the bankruptcy for the judge) essentially places debtors on an agreed allowance for the three or five year repayment period. But in a Chapter 7, there is no agreed allowance because there is no repayment. Instead, a Chapter 7 trustee essentially verifies the debtor’s identity and then recommends that the judge discharge all unsecured debts.

Some debts, like credit cards and medical bills, are almost always dischargeable unless there is fraud or some similar red flag. Special rules apply for some other kinds of unsecured debts, such as taxes and student loans. For example, income tax debt is dischargeable if the debt is at least three years old and the returns have been on file for at least two years. If the taxing authority field a lien, that lien remains in place, because the judge has the power to discharge debts but lacks the power to extinguish liens.