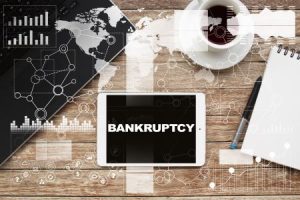 It is easy to see why medical debt is the leading cause of bankruptcy filings. Over 100 million American adults have such debt. Furthermore, a significant number of these people don’t think they’ll ever be able to pay it off. In as little as six months, Chapter 7 bankruptcy eliminates most medical and other unsecured debts. Furthermore, while the case is pending, creditors cannot harass debtors. Finally, most Chapter 7 and other bankruptcy debtors keep most or all of their assets, including their houses and retirement accounts.

Not everyone qualifies for Chapter 13 and/or Chapter 7, especially if they have high incomes and high debts. Chapter 13’s secured debt ceiling is about $1.4 million. Houses in nice areas of Chicagoland often cost at least that much. Similarly, couples with no dependents are ineligible to file Chapter 7 if their annual incomes are more than $81,190 (as of May 15, 2022).

Additionally, many people suffer from bankruptcy-phobia, which is an irrational fear of filing bankruptcy. This phobia is like agoraphobia, arachnophobia, or any of the other -phobias. The fear is so crippling that people cannot make logical choices in these areas.

The debtor and the debtor’s Chicago bankruptcy lawyer know that bankruptcy isn’t an option, for whatever reason. However, creditors don’t know that. So, the threat of filing bankruptcy, which in many cases is more effective than actually filing, is still available.

Late payment forgiveness, interest rate, and partial loan forgiveness are usually the biggest debt reduction issues. In most cases, all three of these issues are negotiable.

Mostly because of short-term problems, like a temporary business downturn or a brief period of unemployment, many people fall behind on monthly payments. Most creditors are willing to defer these missed payments to the end of the repayment period or at least offer consumer-friendly repayment plans.

Medical debt usually doesn’t include interest payments. However, the average credit card interest rate is about 20 percent. Typically, companies are willing to reduce this interest rate, especially if they think the debtor may file bankruptcy. That filing usually leaves them with nothing.

Partial loan forgiveness is difficult to obtain outside a court setting. However, it’s certainly not impossible. For example, if the mortgage company clearly defrauded Tina when she bought her house, the mortgage company is often anxious to settle the matter quietly before it goes to court and becomes public record.

No matter what kind of financial problem you are having, bankruptcy could be a way out. For a free consultation with an experienced bankruptcy attorney in Chicago, contact the Bentz Holguin Law Firm, LLC. Virtual, home, and after-hours visits are available.

By Jessica Holguin | Posted on October 11, 2022
« Does Bankruptcy Protect Social Security Benefits?
Can You Have A Security Clearance With Bankruptcy? »