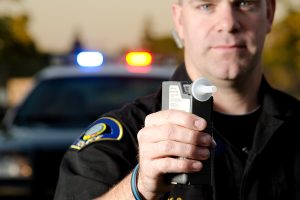 In all fifty states, DUI and DWI laws prohibit driving under the influence of alcohol, pot, and legal as well as illegal chemical substances and pharmaceuticals. The DUI law in Illinois makes no exceptions for legally-prescribed medications. Common pharmaceutical drugs that impair a user’s driving ability include Oxycontin, Vicodin, Demerol, and Dolophine – but dozens of other legal drugs can also reduce reaction times and slow down the thinking processes and reflexes. In the Chicago area, if you are arrested and charged with driving under the influence, arrange as quickly as possible to speak with an experienced Chicago DUI defense lawyer.

As we age, many of us require more medications, and as the overall populace ages in our nation, more DUI charges are being filed against older drivers impaired not by alcohol, but by their own prescription or over-the-counter medications including stimulants, antidepressants, sedatives, and analgesics. If you’re charged with DUI for any reason in the Chicago area, now or in the future, immediately retain the counsel of an experienced Chicago DUI defense lawyer. Don’t plead guilty – there are good reasons why you should fight a DUI charge.

If you face a DUI charge, let a good DUI lawyer assess your case, examine the evidence and witnesses, and vigorously advocate for the best possible result. If you were not drinking alcohol before driving, the prosecutor loses a valuable prosecution tool – the breathalyzer test that “proves” you were over the legal drinking limit. DUI lawyers routinely prevail on behalf of their clients in Illinois, so there’s seldom any reason to plead guilty. And if the evidence against you is overwhelming, a good DUI lawyer will negotiate on your behalf for reduced or alternative sentencing. If you’re charged with DUI in the Chicago area because you were using a legal prescription or over-the-counter medication, get legal help and call an experienced Chicago DUI defense lawyer immediately.

By Jessica Holguin | Posted on September 16, 2015
« Buyer or Seller, You Need A Real Estate Lawyer
What Bankruptcy Can Do For You »