Of Bankruptcy And Taxes 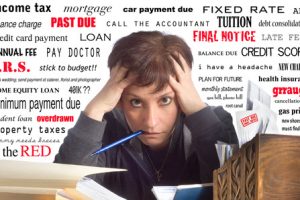 In Wetmore v. Markoe (1904), Supreme Court Justice William Day summed up the intent and purpose of the Bankruptcy Code when he wrote that “Systems of bankruptcy are designed to relieve the honest debtor from the weight of indebtedness which has become oppressive, and to permit him to have a fresh start in business or commercial life, freed from the obligation and responsibilities which may have resulted from business misfortunes.”

Due to misfortunes like unemployment, divorce, and medical bills, many debtors fall behind on income tax payments to the IRS or a state Department of Revenue. At the same time, financially-strained debtors often rely on the tax refunds they receive each spring to help pay bills. What happens to these debts, and these assets, in a Chapter 7 or 13 bankruptcy?

Although it is not nearly as large and onerous as it was a few decades ago, the IRS is still essentially the world’s largest collections agency, and it has many, many tools at its disposal that are off-limits to other commercial debt buyers. These actions include liens, wage garnishments, and bank account levies.

The automatic stay applies to all adverse actions regarding all debts, whether or not they are dischargeable. So, bankruptcy provides immediate relief by stopping such actions, no matter how far they have gone in court. Creditors, including the IRS and DOR, can only take adverse action against debtors if they obtain special permission from the bankruptcy judge. In most cases, the automatic stay goes into effect as soon as debtors file their voluntary petitions and lasts until the bankruptcy is closed.

In many cases, income taxes are dischargeable debts. Only income taxes, and not property taxes or payroll taxes, are dischargeable. Since the Bankruptcy Code does not really define “income taxes,” the taxing authorities routinely challenge petitions for discharge. In addition to the type, the taxes must adhere to the 3/2/240 rule:

The time deadlines are very strict, and it is not unusual for debts to be declared non-dischargeable because of a day or two off these deadlines.

To collect past-due taxes, the IRS often files liens almost right away. If it, or any other taxing authority, fled a lien based on unpaid income taxes, bankruptcy does not cure the lien. That is because although the bankruptcy court has the legal ability to extinguish the debt, it has no authority with regard to the lien.

These must normally be declared either on Schedule I or in the Statement of Financial Affairs. Exact procedure varies by jurisdiction, but almost all trustees (people who oversee the bankruptcy on behalf of the judge) require debtors in bankruptcy to file current tax returns.

If these returns show an anticipated refund, many trustees allow debtors to keep the all the money if it is less than $1,000 and file motions for turnover for anything above that amount, because such money is technically part of the bankruptcy estate. So, debtors would be well-advised to review their withholding patterns prior to filing their voluntary petitions and also discuss that district’s procedures with their lawyers.

Debtors cannot get their fresh starts with lingering unpaid tax debt. For prompt assistance in this area, contact an experienced bankruptcy lawyer in Chicago from the Bentz Holguin Law Firm, LLC. After hours and weekend appointments are available.