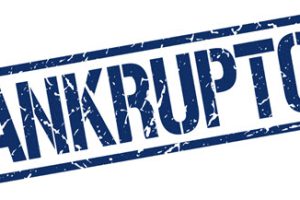 The Indianapolis-based regional airline submitted a Chapter 11 reorganization plan to a bankruptcy judge, and if it is approved, Republic should emerge from bankruptcy sometime in the first quarter of 2017.

A protracted contract dispute with its pilots meant that the carrier could not fulfill its obligations to United, American, and Delta, forcing the company into bankruptcy. In the last few months, while under the bankruptcy court’s protection, Republic has renegotiated its contracts with all three airlines and phased out its older 50-seat jets in favor of sleek new 76-seaters. Additionally, Republic has partnered with twenty college aviation programs to deepen its pilot hiring pool.

Company officials say that the plan, which details what Republic has done during reorganization and what it plans to do going forward, has the “full support” of the creditors’ committee.

In large Chapter 11 corporate bankruptcies, most of the creditors must approve the reorganization plan. Chapter 13s work basically the same way, because the trustee (person who manages the bankruptcy on the judge’s behalf) must approve the debt consolidation plan. Also, just like companies can renegotiate unfavorable contracts while they’re in bankruptcy, Chapter 13 debtors can renegotiate loans with moneylenders to obtain more favorable terms.

The debtor has leverage in these situations, because truth be told, the moneylenders want money and not banged-up collateral. For example, if a debtor is behind on a car payment and files Chapter 13, the bank does not want a used car that it must repossess, store, clean up, and sell at auction for a price that will probably be less than the outstanding loan balance. These factors are even more pronounced if the dealer has sold the note to a finance company, and that is often the case. Because the creditor knows that the debtor can very easily surrender the collateral and force the moneylender down that path, the creditor will often agree to extend the number of payments or take some similar action to make repayment terms a little more manageable.

If the parties legitimately dispute the amount owed, judges often refer these disagreements to mediation. In this forum, moneylenders must negotiate in good faith to resolve the dispute. This issue comes up a lot in mortgage modifications, because banks often refuse aid based on technicalities. For the most part, judges will not tolerate such intransigence in mediation.

Successful Chapter 13 debtors emerge from bankruptcy with clean current payment histories and a better debt-to-income ratio than before, so they are well on their way towards complete rehabilitation. Chapter 7 rehabilitation requires a little more work, but it is not very daunting.

Most bankruptcy lawyers can refer clients to lenders who work with people that have damaged credit. Taking on an auto loan or other secured debt, and maintaining a good payment history, goes a long way towards rebuilding a FICO score.

By the same token, a credit card is also a good rebuilding tool. Because of the post-filing waiting period, most former debtors receive many credit card offers, since moneylenders know they cannot declare bankruptcy again for several years. As a rule of thumb, about 120 days or so is all it takes to convince creditors that the debtors really have turned over new leaves and are now much better credit risks than they were before.

Reach Out to Assertive Lawyers

Bankruptcy is the best way to rebuild a financial life. For a free consultation with an experienced bankruptcy lawyer in Chicago, contact the Bentz Holguin Law Firm, LLC. After hours appointments are available.