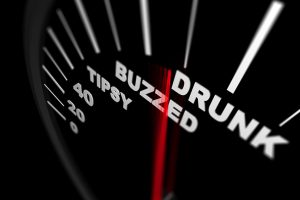 In the city of Chicago, the cops who set up DUI checkpoints are in trouble, at least with public opinion. In May, a Chicago Tribune investigative report showed how Chicago’s sobriety checkpoints are conducted almost exclusively in Hispanic and African-American neighborhoods. 84 percent of the roadside checkpoints were scheduled in areas populated mostly by minorities, while roadways in districts that are predominantly white are checked less often or not at all. In September, the Tribune found that the racially questionable practice is continuing. If you are charged with driving under the influence in Chicago at a sobriety checkpoint, immediately contact an experienced Chicago DUI lawyer.

Between March and August of this year, the Chicago Police Department conducted fourteen sobriety checkpoints, stopping drivers randomly to determine if they were intoxicated. Nine of the checkpoints were in majority black police districts and four were conducted in predominantly Hispanic districts. Only one DUI checkpoint was operated in a predominantly white community. Of Chicago’s 22 police districts, nine are majority black, five are majority white, four are majority Hispanic, and four have no specific racial majority.

Alderman Roderick Sawyer, chairman of the Chicago City Council’s Black Caucus, told the Tribune that the figures on sobriety checkpoints suggest “a racial undertone” to DUI enforcement in Chicago. If you’re stopped at a DUI checkpoint, be cooperative and polite, but protect your rights. After identifying yourself and producing license and registration documents, do not answer any questions from the police, and insist on your right to remain silent and your right to have an lawyer present during any questioning. If the police ask for permission to search your car, politely refuse to consent. If you’re arrested and charged with DUI at a sobriety checkpoint or anywhere else in the greater Chicago area, get the legal help you need at once and contact an experienced Chicago DUI lawyer.

By Jessica Holguin | Posted on October 22, 2015
« Presidential Bankruptcies
When You Need Protection »