Happy Hour And The Law 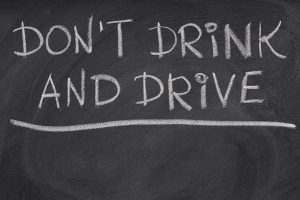 In July, Illinois reversed a 25-year ban on happy hours, that period in the late afternoon when bars and restaurants discount their drinks and offer free appetizers to drum up a little early business. You wouldn’t think a simple marketing scheme would be the focus of so much contention, but for decades, happy hour controversies have popped up in cities, counties, and states all over the country. Legal restrictions and prohibitions on happy hours presume that cheaper alcohol means more people drinking more and then driving more. If you are accused and arrested for driving under the influence in the Chicago area, retain legal counsel at once, and contact an experienced Chicago DUI lawyer as quickly as you can.

Mothers Against Drunk Driving (MADD) advocates the elimination of all happy hours in every state, but this is one issue where the usually formidable activist group has had little success. Few states have any happy hour restrictions at all, and before Illinois acted this year, Kansas in 2012 reversed a happy hour prohibition that had been the law there for twenty years. Do restrictions on happy hours really save lives? Not necessarily. The same year that Kansas rescinded its happy hour restrictions, it also required convicted DUI defenders to install ignition interlock devices (IIDs) in their vehicles, and the number of drunk driving fatalities dropped substantially – by more than 25 percent in three years.

Although Illinois no longer prohibits happy hours, everyone convicted of driving under the influence in this state is required to install IIDs in their vehicles. If you are charged with DUI in or near Chicago, call an experienced Chicago DUI lawyer without delay. The penalties for a conviction for even a first offense may be quite severe. Fight the state’s case against you with the help of an experienced Chicago DUI lawyer. If you’ve been arrested and charged, make the call as quickly as possible.

By Jessica Holguin | Posted on October 2, 2015
« Wage Garnishments And Your Options
Initiating The Bankruptcy Process »