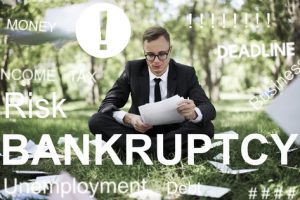 Full or part-time freelancers currently constitute over a third of the U.S. workforce. Keeping up with income taxes is sometimes a problem for these individuals, especially given the changing nature of the law and the uncertain responsibilities of quarterly tax payments. Many times, people fall a little behind for various reasons, the problem snowballs, and a serious delinquency results.

Consumer bankruptcy is an excellent way to deal with such income tax debt because it has both short-term and long-term solutions to tax problems in Illinois.

The Importance of the Automatic Stay in Chicago

Section 362 of the Bankruptcy Code prohibits most moneylenders or debt collectors from taking adverse action against most bankruptcy debtors for as long as their cases are pending. In the case of a Chapter 13, that could be up to five years or even longer. Although the IRS is no ordinary debt collector and it has sweeping powers under federal law, the automatic stay prohibits any taxing authority from taking adverse action against most debtors. Such action includes:

If a consumer has filed bankruptcy within the last several years, the automatic stay may not fully take effect, or may not take effect at all.

Income tax debt is like credit cards and medical bills in that all these kinds of debt are unsecured. In each case, the debtor only made a promise to pay the account. Generally, unsecured debt is dischargeable in both a Chapter 7 and a Chapter 13, but special rules apply to some forms of government debt. For example, child support arrearage is nondischargeable in almost any case, and student loans are only dischargeable if the debtor establishes a hardship.

When it comes to tax debt in Chicago, a bankruptcy discharges said debt only if all of the following apply:

Bankruptcy only gets rid of the debt and not the collateral consequences of that debt. So, if the taxing authority has filed a lien, that lien will remain in place even if the debt is discharged.

Reach Out to Experienced Attorneys

Bankruptcy can erase some past-due tax debt. For a free consultation with an experienced bankruptcy attorney in Chicago, contact the Bentz Holguin Law Firm, LLC. We routinely handle cases in both Illinois and Indiana.