Five Dischargeable Debts in a Chapter 7 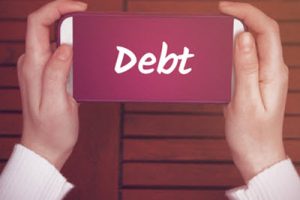 Financial problems do not just have financial effects. About a fourth of people with debt problems often experience Post Traumatic Stress Disorder-type symptoms. These symptoms often make it difficult or impossible to function at work or school.

Bankruptcy offers both immediate and long-term solutions. As soon as debtors file their voluntary petitions, Section 362 of the Bankruptcy Code usually takes effect. The Automatic Stay immediately halts adverse actions like foreclosure, wage garnishment, and repossession. Additionally, in a Chapter 7, the judge discharges most unsecured debts within about six months.

“Discharge” does not technically erase the debt. Discharge eliminates the person’s legal obligation to repay the debt. That distinction might seem like splitting hairs, but it does come up in some situations.

At times like these, a Chapter 7 attorney makes a big difference. You need more than an aggressive courtroom advocate. You also need solid legal advice, so you can make the best possible decisions. Inexperienced lawyers and bankruptcy petition preparers cannot provide these services.

Unsecured credit card debt prompts many bankruptcy filings. The minimum payment usually barely takes care of interest. The Unpaid Principal Balance usually does not go down at all.

Financial cards, like Visa and Mastercard, are clearly unsecured. The debtor only made a promise to pay. Store-issued credit cards, such as Rooms to Go credit cards, are in a grey area. Technically, the debt is unsecured. But the store might have a security interest in the items purchased.

This distinction usually does not come up. Truthfully, companies like Rooms to Go do not want used sofas or beds. These companies are normally content to write off the debt and move on.

Another bankruptcy loophole, the 90-day fraud presumption, sometimes does come up in credit card discharge claims. Any purchases made within ninety days of filing could be considered fraudulent and therefore nondischargeable.

Some proponents claimed that the Affordable Care Act would make medical bankruptcies a thing of the past. But in one study, researchers tied almost two-thirds of bankruptcy filings to unpaid medical bills.

At its core, a bankruptcy is really about asserting control over unpaid medical bills and other debt problems. If the debtor wishes to remain in a doctor’s good graces, the debtor can probably reaffirm the debt. Prior to voluntary reaffirmation, attorneys often successfully renegotiate repayment terms.

Despite the Brunner Rule’s harshness, many people who request a discharge obtain at least partial relief. One of my law school professors once said “you don’t get anything unless you ask.”

Much like student loans, past due federal or state income taxes are only dischargeable in certain situations:

If the debtor has not received a letter which contains the past due balance in the last eight months, the taxing authority has probably not assessed the debt.

Even if the tax debt is nondischargeable, relief might be available. An attorney can often negotiate a repayment plan with the IRS. Alternatively, if the debtor filed Chapter 13, the tax debt would probably be included in the repayment plan.

Discharge does not affect the collateral consequences of tax debt. If the taxing authority has filed a lien, the debtor must work with the IRS to dissolve the lien, even though the underlying debt is gone. That’s a separate matter.

This category includes things like payday loans. No matter what the moneylender said, these debts are unsecured. As such, they are generally dischargeable in a Chapter 7 bankruptcy.

By Jessica Holguin | Posted on March 16, 2020
« Some Special Issues in an Over-55 Bankruptcy
What Happens After I File an Indiana Chapter 7 Bankruptcy? »