DUI Checkpoints In The Chicago Area 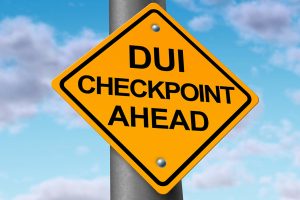 In Illinois, sobriety checkpoints are legal and conducted frequently. These checkpoints are police traffic stops that are not tied to any specific or individual suspicions. Locations selected for checkpoints are random and temporary. If you are arrested for driving under the influence at a DUI “checkpoint” in the Chicago area, obtain legal representation immediately and contact an experienced Chicago DUI defense lawyer. At a sobriety checkpoint, drivers are briefly detained and questioned; drivers who may be intoxicated are subject to sobriety tests. Checkpoints are supposed to weed out impaired drivers and keep the streets safer. Illinois police departments conduct DUI checkpoints predominantly on weekends and on occasions like Halloween, Independence Day, and New Year’s Eve.

You might ask, isn’t a police officer required to have probable cause before stopping someone? Normally, yes, but not at a DUI checkpoint. The U.S. Supreme Court has decided that DUI checkpoints are not constitutionally “unreasonable” search and seizure and do not violate our legal rights. However, courts in twelve states – but not Illinois – do not allow police departments to conduct sobriety checkpoints. Even in Illinois, a DUI checkpoint must be set up and operated according to strict legal guidelines. The National Highway Traffic Safety Administration (NHTSA) has issued those guidelines, and anyone can read them at the NHTSA website. Most importantly, the police must publicize checkpoint times and locations in advance, and signs must tell motorists that they are approaching a DUI checkpoint.

If you are charged with driving under the influence after a stop at a DUI checkpoint, speak immediately with an experienced Chicago DUI defense lawyer. A good DUI lawyer can fight vigorously for justice on your behalf and aggressively challenge the prosecutor’s case against you. Don’t delay. If you are accused DUI anywhere in or near the Chicago area, at a sobriety checkpoint or at some other site, arrange as quickly as possible to consult an experienced Chicago DUI defense lawyer.

By Jessica Holguin | Posted on September 26, 2015
« Bankruptcy And The Wildcard Exemption
The Homestead Exemption In Bankruptcy »