Can I File Bankruptcy on Student Loans? 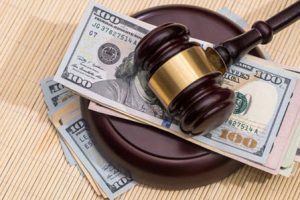 Some forty-five million borrowers owe a collective $1.5 trillion in student loan debt. A significant number of these borrowers owe more than $100,000. Even if life goes perfectly after school, such debt is difficult to retire. And, as we all know, life is not perfect. As a result, many borrowers struggle to make monthly payments.

Chapter 7 bankruptcy might offer a way out. If nothing else, Chapter 7’s Automatic Stay stops things like wage garnishment and collection lawsuits. So, student loan borrowers at least have some additional breathing room. In many cases, these individuals are also entitled to at least a partial discharge.

How We Got Here

Prior to the late 1970s, student loans were dischargeable in bankruptcy just like any other unsecured debt. But in the late 1960s, many conservative lawmakers came to believe that radical individuals went to college solely for the purpose of organizing student activists. These radicals had no intention of repaying their student loans.

That idea seems far fetched and there was little evidence to support it. But that’s what many people believed, and that’s all that mattered.

So, when Congress rewrote the Bankruptcy Code in the late 70s, lawmakers inserted a provision stating that student loans were only dischargeable if the debtor showed an undue hardship. Lawmakers intentionally did not define this phrase. Instead, the courts did so, as outlined below.

Why is this discussion important? It’s important that the debtor has at least some payment history. If that’s not the case, a discharge is often out of the question.

In Re Brunner is a 1985 case from the Southern District of New York. The so-called Brunner Rule defined “undue hardship” for a generation. In many places, including Illinois and Indiana, the rule still stands firm.

Marie Brunner accumulated about $9,000 of student debt during the 1970s. Even in 1985, that was not an eye-popping debt load. She made no effort to pay the loan, nor did she request a deferral. Instead, she almost immediately filed bankruptcy.

The court clearly had little sympathy for Ms. Brunner. So, the court outlined a very harsh definition of “undue hardship” for student loan discharge:

Some circuits have rejected the harsh Brunner Rule in favor of a more lenient totality of the circumstances test. Unfortunately, the Seventh Circuit, which includes Illinois and Indiana, still uses the Brunner Rule. However, in some recent cases, most notably Nelson v. Great Lakes Education Services, the court has somewhat softened its stance.

Under the Brunner Rule, most successful discharge claims involve a physical or other disability. This disability must have arisen after the debtor graduated from school, must be involuntary, and must be so severe that the debtor cannot earn a living wage.

The lines are often blurry. For example, overweight individuals often develop diabetes. Obesity might be a voluntary act, but no one voluntarily contracts diabetes.

In these grey area cases, an attorney is often able to obtain a partial discharge. For example, in the above case, a trustee might agree to discharge half the student debt to make the repayment more manageable. Statistically, most people who request discharges receive some relief.

By Jessica Holguin | Posted on February 10, 2020
« Will I Lose my Social Security Benefits if I File Chapter 7?
What’s the Difference Between Chapter 13 and Chapter 7? »