Can Bankruptcy Help with Tax Debt? 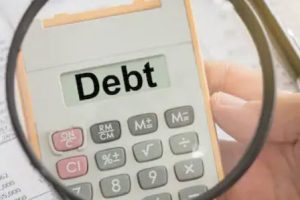 From Uber drivers to commercial designers, the gig economy has grown significantly in the past few years. In fact, over a third of American workers freelance. Since this income is inconsistent, to say the least, it is easy to fall behind on federal or state income tax payments. The IRS audit rate has dropped significantly in recent years, but the Service still very aggressively collects past-due taxes.

Chapter 13 bankruptcy may offer a way out. In many cases, bankruptcy can completely discharge tax debt, since it is unsecured debt. In other cases, Chapter 13 gives people repayment options, and protection from the IRS, that they would not have otherwise.

When debtors file their voluntary petitions, Section 362 of the Bankruptcy Code immediately takes effect, at least in most cases. The Automatic Stay prohibits adverse actions like:

The Automatic Stay applies whether or not the underlying debt is dischargeable in bankruptcy. Additionally, federal law makes it clear that Section 362 applies to both private creditors, like debt-buyers, and public agencies, like the IRS.

“Discharge” means the debtor no longer has a legal obligation to repay the debt and creditors can no longer attempt to collect it. That prohibition applies to both active attempts, like collection calls, and passive attempts, like showing the debt as unsatisfied on a credit report. Generally, unsecured debts are dischargeable in bankruptcy.

Income tax debt is unsecured debt. However, government-affiliated unsecured debt is usually only dischargeable in certain situations. With regard to taxes, these rules are very well-established:

As mentioned, discharge eliminates the obligation to repay the debt, but it does not eliminate the debt itself or the collateral consequences of debt. Some employers require applicants to have no past-due tax debt. Additionally, if the IRS filed a tax lien, bankruptcy does not extinguish the lien.

Bankruptcy attorneys are not just effective advocates. They are also very good negotiators, especially when it comes to debt matters. A lawyer might be able to help with an offer in compromise, an innocent spouse defense, or another IRS plan that enables taxpayers to settle debt for literally pennies on the dollar.

Alternatively, the taxpayer might be able to retire debt through the Chapter 13 repayment. In most cases, the IRS must accept these income-based repayments. This option has the added benefit of not requiring negotiations with the Service.

By Jessica Holguin | Posted on January 20, 2020
« What You Should Know About Chapter 13 Bankruptcy
Can Chapter 13 Stop an Illinois Eviction? »