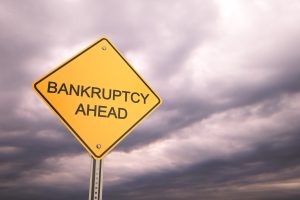 Arch Coal, Inc., America’s second largest coal mining company, filed for Chapter 11 (or “reorganization”) bankruptcy in January of 2011. This is a massive company that even has a mine located nearby in the Illinois Basin. According to Arch Coal’s website, the company plans to eliminate over $4.5 billion in debt from their balance sheet via their proposed financial restructuring plan. As part of the company’s bankruptcy process, they have filed a written disclosure statement. However, a coalition of American environmental advocacy groups is not pleased with the lack of details surrounding the environmental aspects of Arch Coal’s exit plan.

According to Reuters.com, several environmental groups, including the Sierra Club, the Ohio Valley Environmental Coalition, and the West Virginia Highlands Conservatory, are not pleased that Arch Coal’s disclosure statement doesn’t clearly describe how the company plans to pay for its mine cleanup requirements. Coal companies in the United States are required to care for the environment by providing bonds that will be used, if necessary, for environmental cleanup costs in the future. However, over the last several decades coal companies have been so strong that the federal government has allowed some of them to use their own balance sheets as collateral, rather than providing bonds. Arch Coal used this method of self-bonding, and therefore environmental groups are calling for clear language in the disclosure statement detailing the environmental obligations of the company’s future operator.

The environmental advocacy groups that have been vocal about Arch Coal’s disclosure statement are essentially insisting that the company’s responsibility to the environment under federal law cannot be overlooked during the bankruptcy process. Arch Coal has self-bonded $485.5 million for environmental cleanup costs in the future, however, the company estimates that final cleanup costs will ultimately be much less than that amount. Arch Coal’s disclosure statement has not yet been approved, but a hearing has been scheduled for early June.

Drafting a complete disclosure statement, and successfully navigating the bankruptcy waters, can be a very complicate process. Therefore, it is always a good idea to consult with a competent lawyer if you are considering filing for bankruptcy protection.

Reach Out to Us for Assistance

Are you considering filing for bankruptcy in Chicago? If so, don’t hesitate to contact an experienced bankruptcy lawyer from the Bentz Holguin Law Firm, LLC at 312-647-2116. We are eager to assist you today.